A Conversation with Delmer Beshore.
Kyle Wagner has a long history at Red Land High School, as a Red Land High School teacher, coach, alumni, former athlete, and Red Land parent. His love of Red Land began the series; More Than Four. The Stories of Red Land Athletics. These conversations highlight stories about the players, coaches, and teams that have created or will create the history of Red Land High School Athletics.
Timeline: Red Land High School 1970-1974. Nixon was President. Bad, Bad Leroy Brown was popular on the charts and Delmer Beshore was breaking ankles on the basketball court.
Kyle Wagner: When did you graduate Red Land and what are your fondest memories?
Delmer: ‘74. The baseball team won the Capital Area Conference my Sr. year. Brandt was, of course, our coach. We were always really good in baseball. They didn’t have the state tournament they do now and I don’t know if we had enough pitching but we were really good. As far as basketball goes, the ‘73 team (Jr. season) went 18-6 and was the first winning team at Red Land. Tony Carrozza was the coach and we had some really talented Sr’s in Jerry Radocha and Joe Shiner.
KW: I didn’t know you played baseball too.
DB: I played baseball at Cal also. Cal was the only school to offer me a scholarship. The baseball coach found out I could play baseball as well as basketball. For awhile I was playing point guard and shortstop. My primary role though was pinch runner. I’d come in for the catcher and steal some bases. But, I did have a really strong arm. I stopped playing baseball when the coach thought I needed to play fall ball. I just couldn’t do it with basketball.
KW: Were you always this cat quick point guard that was great at basketball?
DB: I didn’t play Varsity basketball until half way through my So. year. I was really small. Coach Carrozza pulled me up from JV (Coach Mausner) and that was a lot of fun playing with my cousin Jed. I think the end of that season propelled us to a great season the next year?
KW: Tell me about that season.
DB: We were just solid. It seemed like we learned how to win that year. Jerry and Joe were our leading scorers but everyone played a role. We lost in the district semifinals but 18-6 was a big season for us.
KW: Was Cedar Cliff your rival back then too?
DB: Yes and No. We all went to middle school together but Cedar Cliff wasn’t on our High School schedule. We played in a different division. Our on court rivals were Hershey, Palmyra, East Pennsboro, and Middletown. But, we’d play Cedar Cliff in the summer at New Cumberland Borough Park. Those were some intense games.
KW: Red Land to Cal to the Chicago Bulls. Connect those dots for me.
DB: I was really young. I graduated as a 17 yr old. My Sr. year I was Big 15 Honorable Mention. I was just young and small. I went to Cal (his only scholarship offer) and hit the weight room. By my Sophomore year I could dunk anyway you wanted. I was a 3 time All American and held some records there. After my Sr. year, Coach Witchey thought I should go tryout for an NBA team in Los Angeles. He told me to “drive to LA. I don’t want you thinking you’ve got an easy flight back home.” Coach Nelson of the Bucks really liked me. I was one of 30 players who made the cut. I think there were about 600 who tried out.
KW: Coach Don Nelson?
DB: Yep. He was my biggest fan. He coached the Bucks and he was always giving me pre-season minutes. That’s where Jerry Sloan of the Bulls saw me and signed me. I always had good games against the Bulls in the pre-season. You have to understand. Back then, there was no 3 pt. line and the roster limit was 11. I was 1 of 3 players under 6’0” at the time. It was an entirely different game.
Other notes of interest....
Delmer mentioned Red Land used to do Intramural wrestling. Freshman vs. Seniors. Sophomores vs. Juniors. As a Fr. he pinned the Sr. in 13 seconds.
Delmer currently lives in Fresno, Ca. As we closed our conversation he thanked me for reaching out and said...”I haven’t talked Red Land sports in awhile. That was fun.” 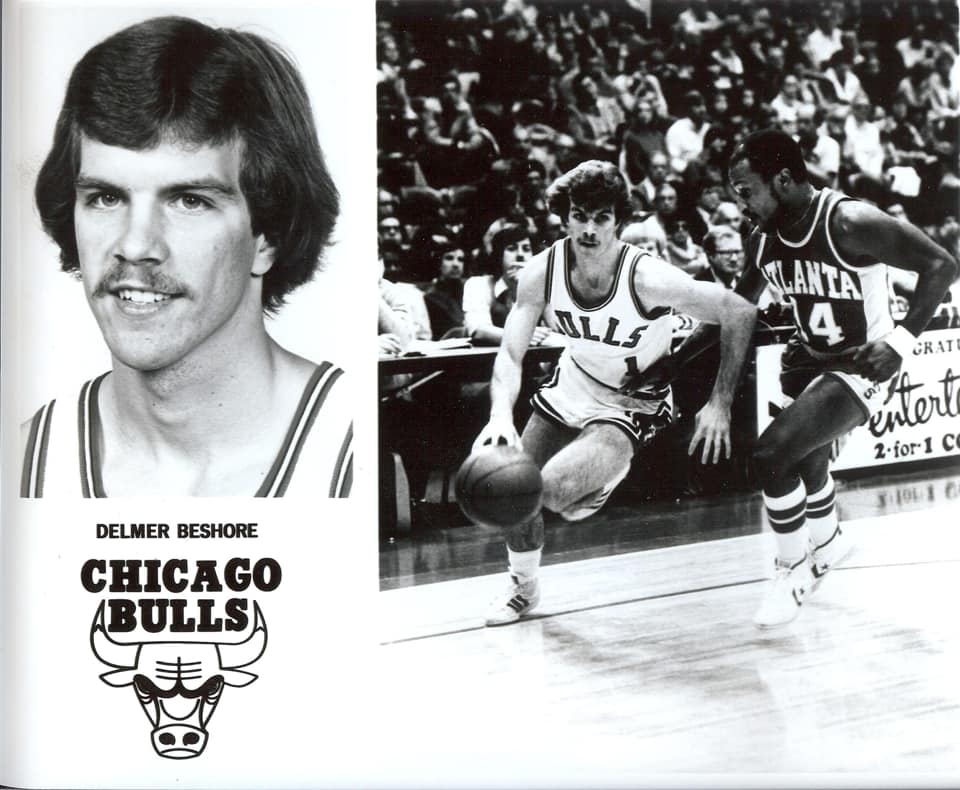 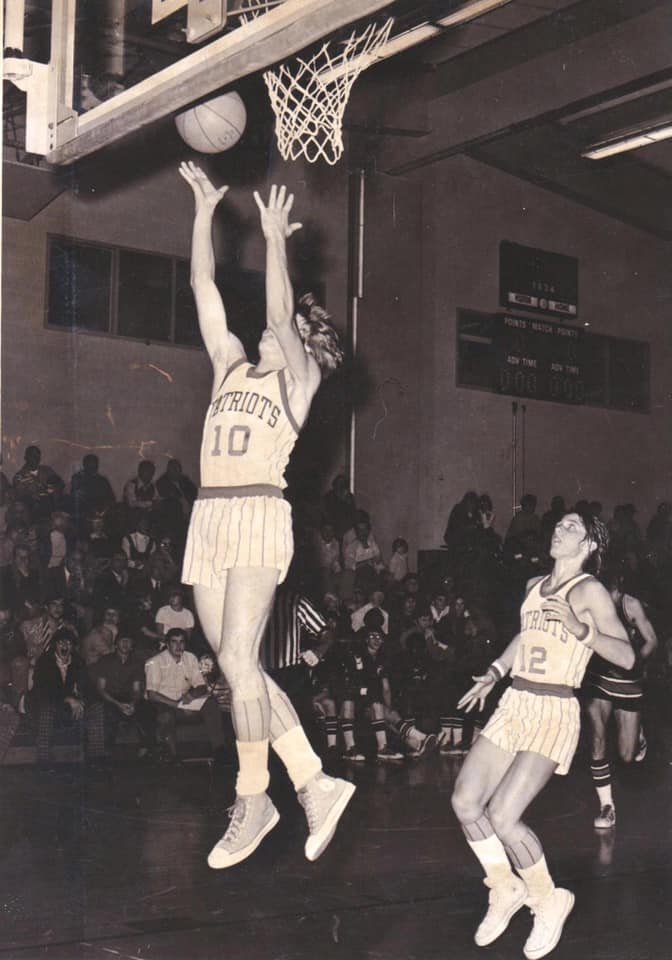 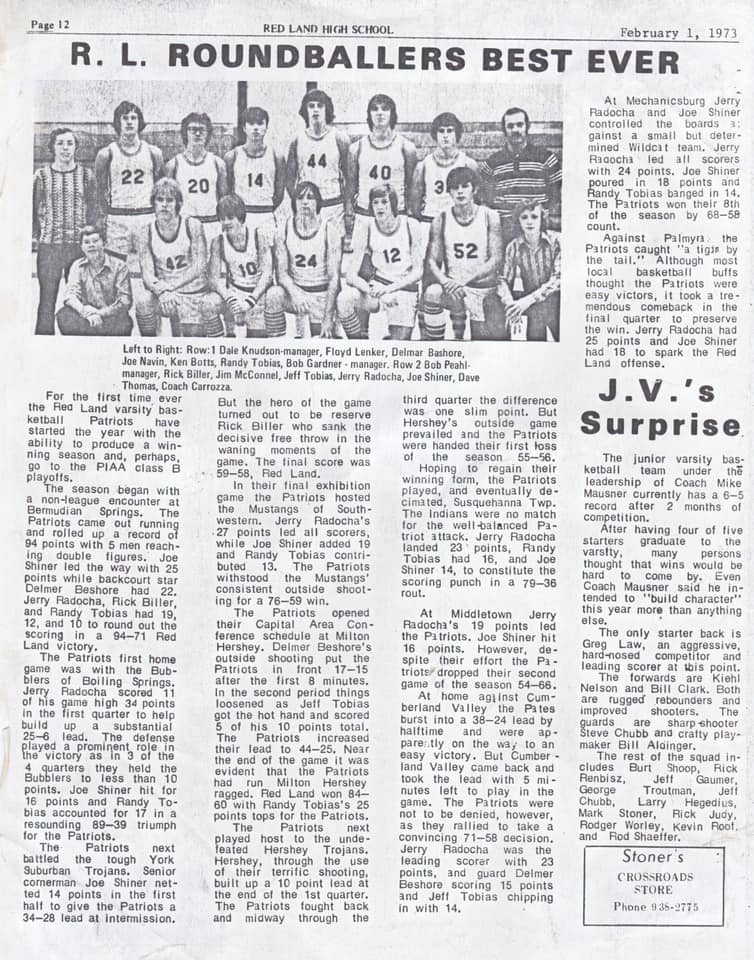 Being in high school is hard. Discuss.