What: A conversation with Aaron Kauffman

Timeline: Justin Timberlake was bringing Sexy Back, Steve Irwin was killed by a sting ray and Aaron Kauffman was establishing himself as one of Red Land's greatest distance runners of all time.

Kyle Wagner: What year did you graduate from Red Land?

KW: The one thing I'm always interested in with runners is how they started running. Were you always a runner or did you come from a running family?

AK: I played soccer since I was 3. In 7th grade I quit the soccer team. The summer club team was basically the school team and I didn't play in the summer so it felt kinda weird to play for the school team. My parents wanted me to do something so they reached out to Coach Kell. I decided I'd go out with the high school team and basically just run for them at practice. I became the manager of the HS cross country team. That year, 2001, was a special year. It was the first time the cross country team went to states.

KW: So, that hooked you? You were a runner since that point on?

AK: Not really. I played school soccer again in 8th grade and even went to a Duke soccer camp that summer. I was set on being a soccer player. But, right before school signups my Fr. year I had this change of plans. Literally, that Monday I decided to sign up for cross country instead. It was a lot of things really but I'm glad I did.

KW: How does cross country in the fall eventually lead to your success in the 800 meters?

AK: Well, it evolved to the 800. My Fr. and So. years I was big into goal setting and I wanted the Fr. records. My big goal was the 2 mile. It wasn't until my Jr. year where I'd run my first 800 in a High School meet. Kyle Hoover was in my class and he always ran the 800. I was always the mile and 2 mile. But, we entered a random meet and ran the 4 X 800. My split would have easily qualified me for districts in the 800. But, one of the big confidence boosters for me was when I ran the 400 and the 800 against Milton Hershey. I beat all those guys and knew I could be good.

KW: So, you didn't make districts in the 800 but you should have?

KW: So, that was a springboard then to your Sr. season?

AK: (Chuckles) No, not really. I didn't even medal in cross country that fall. I think I gave up. I remember running and sitting somewhere around a medal and coming to a hill and eventually just giving up.

KW: Wow. That's some honesty there. Then what?

AK: Well, then we had indoor. My whole goal in indoor was to give Mr. Kell a reason to take me to the Penn Relays in the spring. He didn't really believe in taking the whole team for whatever reason but they ran the 2 mile on a Thursday night. I figured if I ran a great 2 mile he'd have no reason to say no. But, my 2 mile was terrible.* Out of frustration, the next meet I ran the 800. That's when I qualified for Indoor states. I think my speed was starting to kick in and it affected my 2 mile.

*Terrible was Aaron's word but Coach Mike Zwatty elaborated. You need an invitation to run the 2 mile as a high schooler at the Penn Relays. Aaron's "terrible" simply meant he wasn't going to get an invitation. But, Mike Zwatty chuckled at the thought of Aaron calling it terrible.

AK: The funny thing was I qualified for the state championships but I qualified in the slow heat (the bottom tier of qualifying runners). I ran a 1:52 which was really fast but I had to wait for the fast heat to run. But, I thought I had a chance to win it all because I had trained with a lot of those guys and I knew 1:52 was a great time. But, Indoor was definitely my big breakout. I went to the Indoor Nationals in DC and finished 6th. That earned me All American status.

KW: How did you do in the spring? Coach Zwatty sent me the footage of the state championship meet where you finished 4th. How would you rate your spring season?

AK: Well, this is interesting. First of all, I have to tell you the first thing I think about is the Golden West Invitational in Sacramento. That winter I set it as a goal to go out west and try and compete against some of the best 800 guys in the country. So, instead of a normal beach trip for Senior Week my parents gave me this for Christmas.

KW: So, you chose running in an 800 meter track event instead of Senior Week?

AK: Yeah, I wanted to do it. I appreciated my parents for giving me this. I had a sour taste in my mouth after the state race so I'm definitely glad I could go out there and prove myself against some of the best in the country.

KW: Back to the High School season, Zwatty mentioned that he thought you could have won the outdoor race if you would have gone out faster. He said you had throw down speed and you just got stuck in the pack. Is that fair? And, did you change your approach for Sacramento?

AK: Yeah maybe. I didn't run a bad meet at states but I do think I could have gone out a little faster. I did go out faster in Sacramento. I took 2nd in the meet and posted the 7th fastest time in the country.

Note: Mike Zwatty said he actually consulted former Red Land track star Chris Straub about Aaron's strategy in the Golden West Invitational. They were hopeful to run a much more aggressive race. They did. Aaron ran a 1:51.

AK: They had really high expectations of me when I got there. I never bested my high school times until my Sr. year. My Sr. year we got a new coach (Mackenzie Wartenberger) and she believed in more of a cross training program instead of constantly run, run, run. I definitely think that helped my times. She had more of a multi-disciplinary approach instead of strict specialization. I loved it. More lifting. Big body parts. A lot of core. She definitely helped me.

"Aaron could do just about anything you asked him to do on the track, but his real secret weapon was that he craved a understanding of the 'why' behind the work. A lot of athletes, at that time and still today, crave the simplicity and security that comes from a coach dictating and controlling their every move-that was never Aaron."

"He and his Dad didn't get along too well as runner and coach so they paid my airfare to California to watch Aaron run 2 laps around the track."

"That cold winter day in State College (The Indoor Championships) was one of my favorite moments in the last 21 years of being a coach at Red Land."

"Aaron really enjoyed seeing others having as much fun as he was having. I'll never forget those guys winning the Mid Penn 4 X 800 Championship in 2005. You could just tell he was as happy for the other guys as he was for himself."

The Steve PreFontaine quote on one of our t-shirts, "To give nothing but your best is to sacrifice the gift." I believe this sums up Aaron as an athlete.

"Belief was a powerful tool for Aaron, and his teammates, and once they achieved it, I was lucky enough to watch them do incredible things during our time at UNC Charlotte" 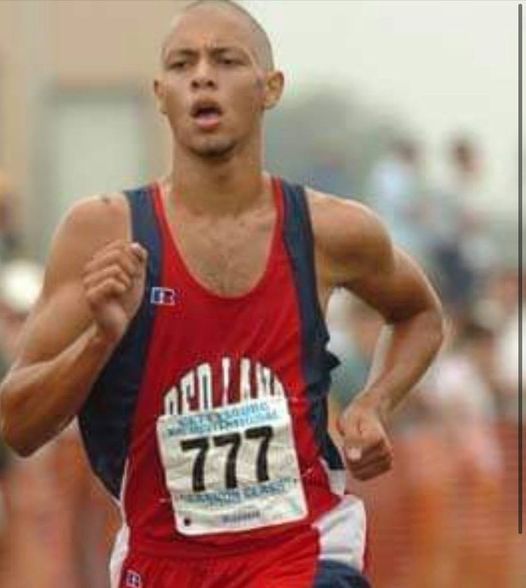 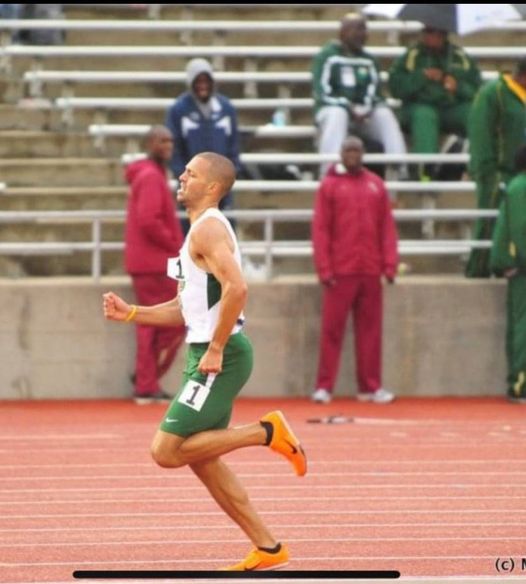