What: A conversation with John Worley

Timeline: 1981. Raiders of the Lost Ark was taking the box office by storm, MTV was an overnight sensation and John Worley laid claim to being Red Land High School's first state champion.

Entering a gymnasium as a young child is almost like entering a museum. The present and past collide with banners commemorating the past and rosters paying tribute to the present. As a young Red Lander, walking into the gymnasium you couldn't help but see the name John Worley hanging in the rafters. It wasn't even my sport but it gave you hope that if "that guy" could do it, maybe "this guy" could do it.

The following is a conversation between John Worley and Aaron Walter.

John Worley: I have a ton of pride to see my name up on the banner every time I enter the Red Land wrestling room and gymnasium. Most people don’t know I wrestled on the freshman team in 9th grade. To go from that team to the best in PA was a great feeling to end my senior year. To this very day, every time I hear the National Anthem, it takes me back to being on top of that podium.

AW: It's one thing to be a great wrestler. It's entirely different to be a state championship caliber wrestler. What does it take?

JW: It takes self-discipline and motivation. Wrestling is more than a sport, it is a way of life. No other sport requires you to weigh a certain weight to compete on a nightly basis. Cutting weight was hard for me. It taught me the importance of not cutting corners in life. Having a quality coach like Craig Helmuth was certainly an important factor for me as well. Coach Helmuth was a PA State champion at Chambersburg HS and national champion at Gettysburg, so it was pretty easy for me to follow his advice as a young coach.

AW: I think you've been following some of the stories we've been doing, what does More Than Four mean to you?

JW: Red Land is home to me to this day. Red Land made me who I am. I built my home in this community and raised my family here. After leaving college at the University of Maryland, it was an easy choice to come back and coach at Red Land to help Coach Helmuth who was so influential to my development.

A quote from Craig Helmuth feels appropriate here. The mutual respect and admiration each have for each other is obvious.

"I was really honored to have John join me on the Red Land coaching staff after college. It allowed us to switch from being his coach and mentor, to being best of friends to this day. I have a ton of respect for John and we will always be close and loyal to each other."

AW: What are your best athletic memories from Red Land?

JW: Participating in multiple sports with my friends was the best part of high school. Even though I was always a little guy, I tried other sports in my freshman year. Kevin Stout, a teammate and great friend, encouraged me to wrestle. I am forever grateful for that.

AW: Aside from Craig, who were some of the other wrestling influences you had at Red Land?

JW: Our assistant coach John Barrett. He was a great motivator and helped with conditioning. As an upperclassman, Tim Pierce was an incredible influence on me. He pushed me in practice and made me work to improve. He set the standard in the practice room of what it took to be a champion. Tim also talked me into joining the cross country team to improve my conditioning. I owe a great deal of my success to Tim.

AW: As a current coach and former athlete, what words of advice do you give to current athletes? And, maybe especially at Red Land?

JW: You need to have fun for it to be enjoyable. Wrestling, for sure, is a mentally and physically demanding sport. I loved working on moves, particularly from the neutral position, to get better on a daily basis. Make small goals and work to improve. Conditioning and strength is a great place to focus to make improvements in your results.

AW: Any other memories of your time at Red Land that meant a great deal to you?

JW: I was in a really unique situation where I won a state championship in the same year that a great friend of mine at Cedar Cliff also won in the next weight class. John Aumiller and I were both celebrated by the West Shore School District and rode together on a fire truck through the community. John and I are still the best of friends and married sisters, so now we are family as well! I am proud of my 72-9-1 record and being a three time sectional champion and two time District 3 champion.

Craig Helmuth offered more insight... "Another key to his success was drilling and practicing with John Aumiller from Cedar Cliff. Bob Craig would always invite us to his practice room to get ready for the individual portion of our season. They pushed each other drilling and it really helped them both maximize their abilities."

JW: I accepted a scholarship to the University of Maryland. Collegiate wrestling was very challenging and physical. My career highlight was making it to the NCAA national tournament.

John Worley and John Aumiller seem to be about as closely linked as two non-siblings can be. Aside from the same first name and the marriage to sisters, they both have a deep respect for tradition. Spend time talking to either of them and they're extremely grateful for the people in their life. These training partners that both captured PIAA gold in 1981 have remained best of friends to this day.

"They call me Johnny and him John Boy because it was too confusing. But, John Boy and I just call each other Ralph."

"Rob Rapsey talked me into it. Then, I told John he should wrestle. I started in 7th grade and I think he started in 8th grade...He had never wrestled before; but it was fun from the first practice."

"John was very talented in the neutral position. He was just tenacious on his feet."

John was selected to represent the Pennsylvania team in the Dapper Dan Classic pitting the best PA wrestlers vs, the rest of the country. He defeated Gilbert Sanchez of Wyoming 10-3 and helped win the match 22-19.

"When I think of John Worley, I think of the best, the first champ, the one who we all strived to be like." - Brian Willoughby

"I was a part of the turnabout program. They only did it for one year but they'd take 1/2 the kids from Cedar Cliff to Red Land for the day and the other 1/2 another day. So, I feel like I have some ties to Red Land."

"Wrestling challenges you mentally and psychologically in so many ways. It breaks many. John helped me tremendously both as a wrestler and a person." -Brian Baglio (Head Wrestling Coach) 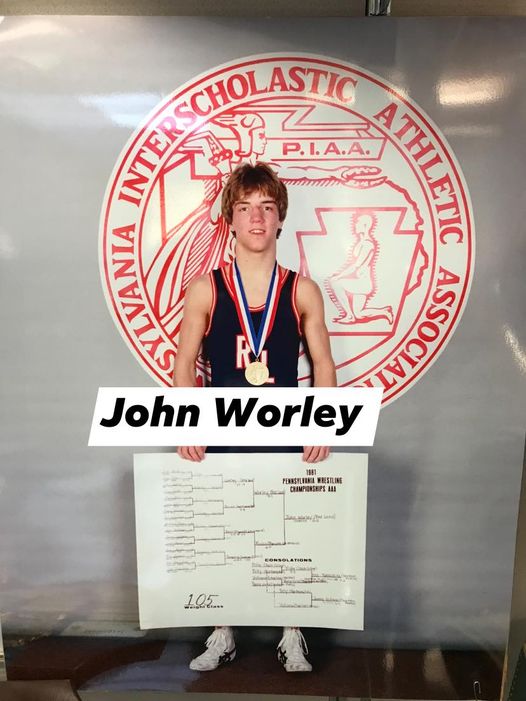 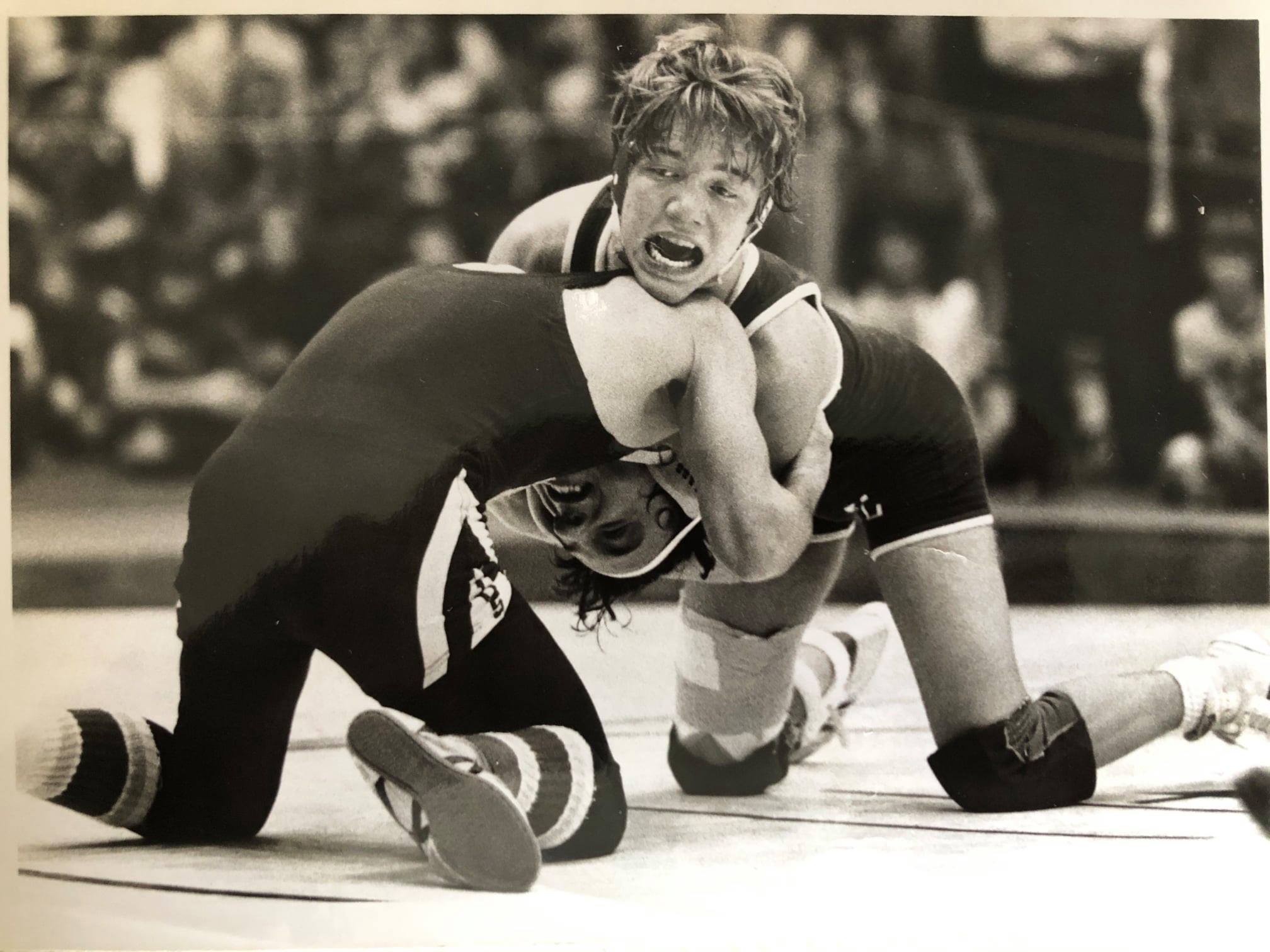 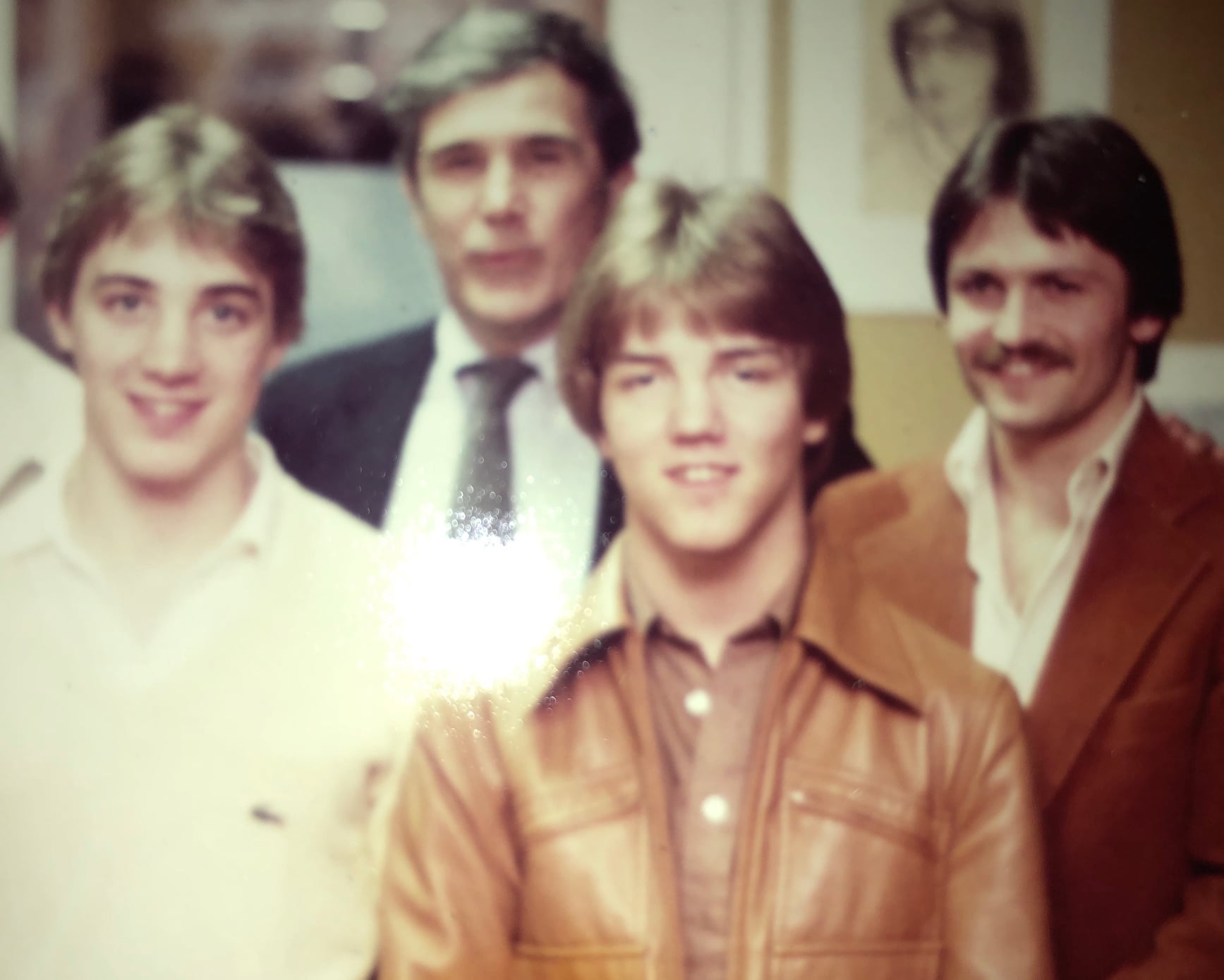