What: A Conversation with Barry Houser

"Barry Houser was one of those principals that was in touch with what was going on with the school. He was in tune with the students and teachers. We used to call it making the rounds. Barry would show up with an apple and lean against the door frame. It was unexpected and he'd often engage the teacher or individual students in some light banter. Then, he'd be gone. It wasn't long. I think that style of leadership is so much better than formal observations. He always had his finger on the pulse of the school."

"Barry had a locker room mentality. But it wasn't US vs. THEM either. I can still hear him saying "Jonesy, The greatest good for the greatest number."

"So, when I think of Barry Houser.... I think of the word MENTOR. He was truly my biggest mentor in my life."

"The lasting impact of Barry's leadership at Crossroads is that it really wasn't so much about what he did as the instructional leader, rather it was how he made the staff feel."

"Fast forward all of these years and Barry still plays a role with Bryan (Bev's oldest son). Bryan works at a local YMCA here in Honolulu. Basically, it's a half-way house like a juvenile detention center. I can't tell you how many times he's said "Mom, when I'm having a heart to heart with a kid, I think to myself "What would Barry do?" I think he just understood kids and he showed them respect. He wanted to help."

"Barry had a strong passion for meeting the needs of the students that were "falling through the cracks". He brought together a team of staff members and tasked us with starting a "school within a school" to meet the needs of these students. This became the "COPE" program at CMS."

"I honestly don't think I would have made it without COPE."

The above quotes serve as a backdrop to this conversation ... Mr. Barry Houser was the Asst. Principal while I was a student at Red Land. Later, he became the Principal at Crossroads Middle School where he obviously impacted the lives of students and teachers alike. Barry served on the committee that hired me to teach and coach in the district. Furthermore, he is the grandfather of Jayson Kramer who I coached on the travel baseball circuit. All of that to say that I've seen Barry inspire young people, encourage teachers, and chastise opposing coaches that didn't play by baseball's unwritten rules.

My conversation with Barry Houser....

Kyle Wagner: What years were you at Red Land?

Barry Houser: I was an Asst. Principal there from '88-'92. My best memories were, it was a really well-run school with a great staff. The one thing I do remember was the Honors program. You remember that, right? I think it was a great idea to give kids some personal responsibility.

KW: I know you're basically a legend at Crossroads but how would you explain the difference between High School and Middle School?

BH: (after a long, thoughtful reflection): I think I'd say the intensity in the High School is just more. In middle school, kids are trying to find themselves. It's a completely different environment.

KW: I know a little about you as an athlete but fill me in on all that you accomplished.

BH: I actually went to Arizona St. as a football player. I was a tight end and played for Frank Kush. Everything you've ever heard about that guy was right. He was a drill sergeant. While I was there, we had two guys that you might know that played for Arizona St. Rick Monday, who was the first baseball player ever drafted, and Reggie Jackson who was drafted the following year. Both guys were there when I was there.

KW: Ok. Timeout. Let me figure this all out again. You didn't play baseball at Arizona St but you and Reggie were on campus together?

BH: Reggie and I played football together his Fr. year. He was from Cheltenham (Pa.). That team was so good. There were Olympians and basketball players on that team too. Reggie made a bet with someone on the football team that he could go out and start for the baseball team. He did and led the team immediately in home runs. He was drafted 2nd overall in the '66 draft. With me, Kush allowed me to go do baseball on my off days with football in the spring. It was so hard.

KW: Did you graduate from Arizona St?

BH: No, no, no. After my So. year I decided I wanted to play baseball closer to home (Mechanicsburg High School graduate). I transferred to West Chester St. I played for Glenn Killinger who was a legend at West Chester. He played with Babe Ruth.

KW: I know you pitched but something tells me you could swing it a little too. Did you hit?

BH: I didn't pitch much my Jr. year. I don't know why. But I hit .400 with 5 HR's, 5 3B's and 5 2B's in 80 at bats. My Sr. year is when I pitched and then the Pirates drafted me in the 26th round. I pitched with the Pirates for 6 years and my last year was with the Cardinals. What I really remember is the threat of the strike. Willie Stargell and Clemente had all of us in the locker room telling us how we were going to act. I'm this young guy from Mechanicsburg thinking "Ok Mr. Stargell." But I threw a lot of BP in those days to those guys.

Jason Jones shared an amusing story from Barry that seems to fit here. To quote Jason, "I asked Barry one time about Kent Tekulve and he said "Ahhh, we were just a couple of lanky guys hanging out in the bullpen." Kent Tekulve went on to have 16 yr. Big League career.

KW: Willie Stargell and Roberto Clemente! (Laughter). The threat of the strike. That was the beginning of the players association and bargaining for better money?

BH: Oh yeah. Bowie Kuhn would talk to the players and then the players would tell us what we're doing if we strike. Minor League life is hot dogs and beans. Major league life is steaks and shrimp.

Barry Houser played as high as AAA with the Pittsburgh Pirates; nearly a Big Leaguer.

My comments after reflecting on Barry and those that were impacted by Barry....

Anyone can cheer a home run. It's obvious. Success is undeniable. It takes a special man to cheer the "near miss;" to know that success was at your fingertips but the fates didn't shine on you that day. For those judging the "near miss" it can go one of two directions. It can go the common way where you focus on the miss. It can also go the uncommon way where you focus on the "near." Focus on the miss and frustration and despair can soon follow. Focus on the "near" and enthusiasm and hope will certainly follow.

Barry Houser, time and time again, focused on the "near." By doing so, he cast an extremely long shadow in the West Shore School District; one that even time won't relinquish.

Life doesn't come with an instructional manual. It's not that simple. What we do and what we believe are influenced by who we encounter. There's just no denying that Barry Houser seemed to influence everyone that he came in contact with.

Education is a hard profession. Is success making the honor roll? Is success finding your lifelong purpose? Is success collaborating with others to innovate for the yet to be discovered? Or, is success serving the most pressing needs of those whom you serve? With such a nebulous focus, administrators are often left to define success in their image and their view of the world. Barry's optimistic view of the "near miss" was certainly one his staff embraced.

Whose to really know why Barry cared so much for his students and his staff? Was it something that he was born with? Or, was it something that he learned through his own life lessons on "near misses." This much is certain, for those that know Barry and for the very select few that are fortunate enough to call him a friend, he didn't miss on this thing called life. Barry Houser threw his best fastball and split the middle of the plate. Well done Barry. Big Leaguer at life! 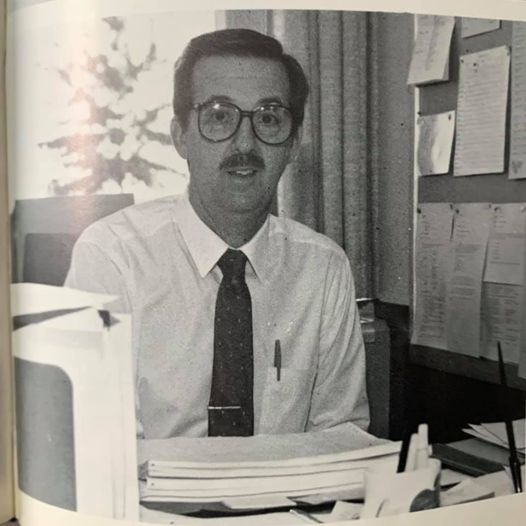 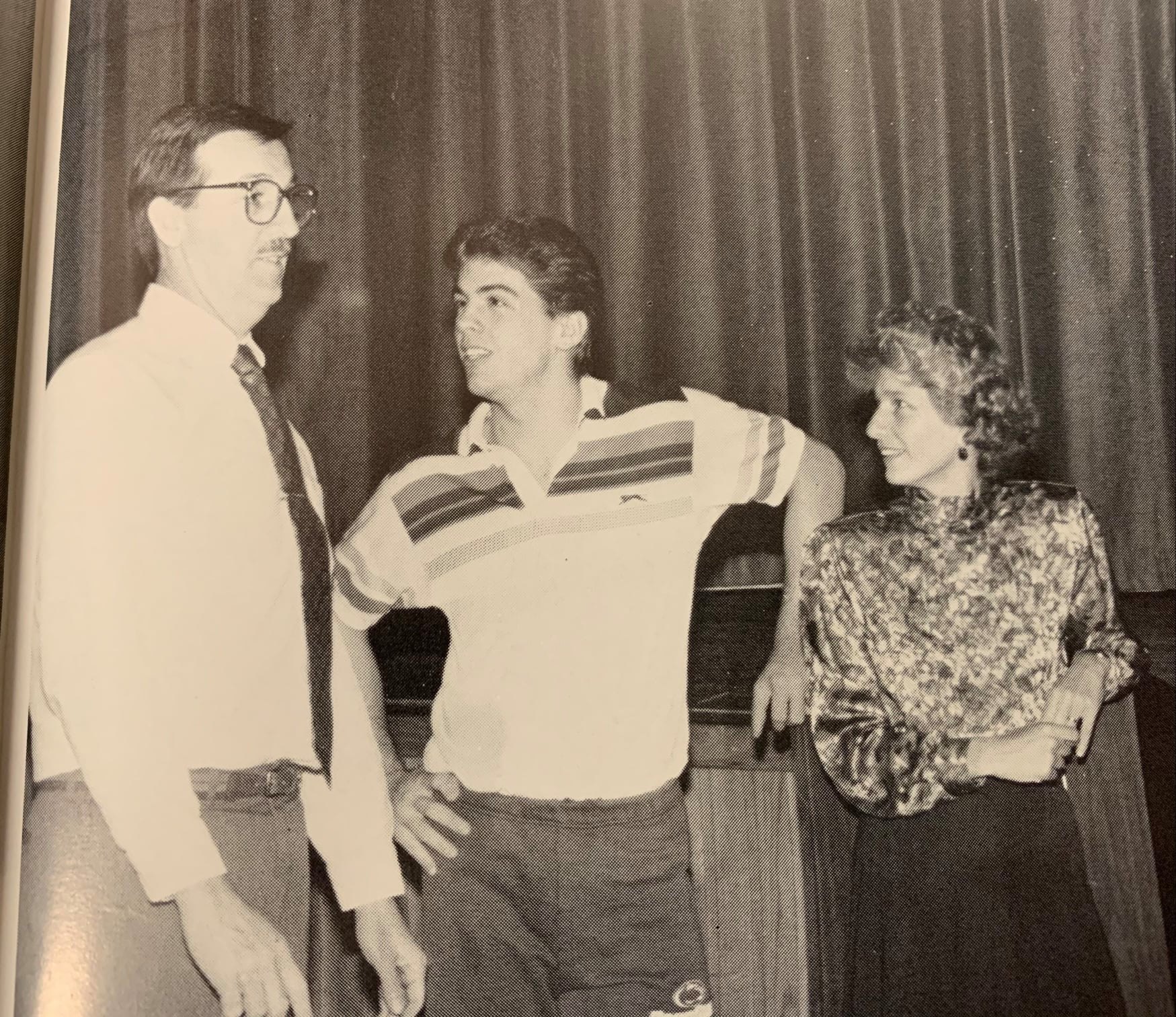 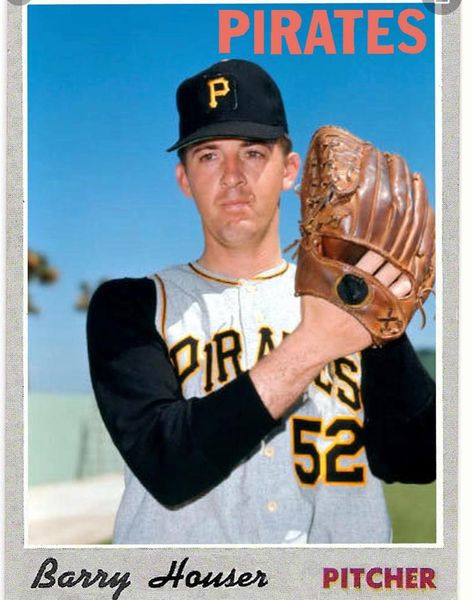 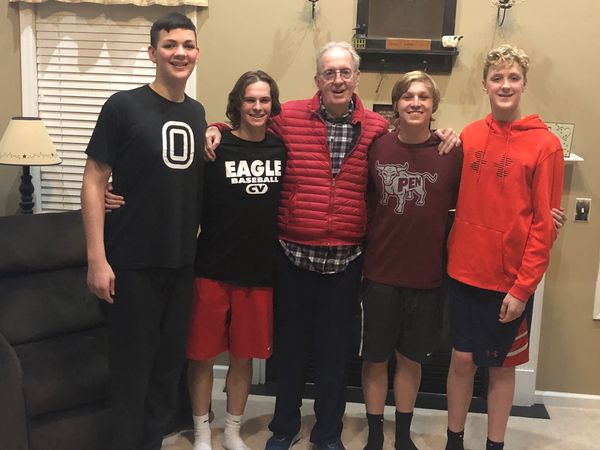