What: A conversation with Anita Cook Uibel

Timeline: 1983-1987: Baby Jessica was being rescued from that Texas well, "Walk Like an Egyptian" was climbing the pop charts and Anita Cook was graduating from Red Land leaving behind an athletic legacy of 3 Cook children.

Kyle Wagner: What year did you graduate? And, place that year in the Cook family timeline if you would.

KW: (Laughter) I guess that's a natural reaction. Did having those two as older brothers create some pressure on you to be good at sports?

AU: I never felt any pressure. Brandt took a lot of time with me. I remember him always telling me to "throw it." I'd always be tagging along to their batting practices and things. John would muscle me. John made me tough.

KW: Why basketball? How did you come to play that sport?

AU: Well, I played basketball in 7th grade and absolutely hated it. Back then, we only played 8 games. We played New Cumberland 4 times and LeMoyne 4 times. I wasn't even going to play in 8th grade. My Dad (Brandt Cook Sr.) was the AD at Red Land and I didn't have a ride home. But, Sara Finnegan, who was and is my best friend, gave me a ride home. But, Mr. Clements was the person that convinced me to play. He was awesome.

*It was later discovered that Anita suffered from scoliosis and the medical doctors wouldn't allow her to play in 8th grade. She finally got permission to play in the last game. 36 seconds later that was a wrap on her 8th grade year. Despite the frustrating finish to her middle school career, her LOVE for Mr. Clements can't be overstated.

KW: Were you really good right away?

AU: I was kinda quick but I was naturally aggressive. That's half the battle. But I wasn't skilled. I was raw. I owe a lot of my improvement to lunchtime games against Mr. Clements, Mr. McGlaughlin and Mr. Blough. They invested a lot of time with all of us. But when I got to high school I still really didn't know anything. One time they called a 1-3-1 half court zone and I remember thinking what's a zone? Mr. Gary Fenstermacher really helped me my Freshmen year. I loved that man. He was really patient with me and helped me learn things I should have known. I got by on being aggressive and learning how to play big. Mickey Finnegan taught me how to use my butt and Mr. Fenstermacher was constantly stressing to finish with both my right and left hand. I'm not sure why but I remember playing by this quote, "BE THE PAIN IN THE BUTT THAT NO ONE WANTS TO GUARD."

AU: I think I scored like 1 pt. my Fr. year. I can remember Mr. Mausner telling me before my Sr. year "You need to score 25 pts. a game for us to make the playoffs." and I think I averaged 25.1. Almost all of my points came inside the paint. They were all from close range.

KW: They didn't double you?

AU: Yeah, they'd double me and run a triangle and 2 on me but they seldom ran a zone on us. If they would have run a zone I don't know if we would have been able to beat a zone. But, when they doubled me or ran a triangle it was still basically a man to man defense and we knew how to attack that. I actually think I might have the West Shore record for most points scored in a single season. I scored 598 my Senior year. *

KW: What about after Red Land. Where did you go to college?

AU: I went to Shippensburg but I should have gone to Bloom. It was a mistake. We thought about Central Connecticut St. too but it was too far. I loved Joe Bressi at Bloom They ran my style of offense and Ship didn't. I went on a visit to Ship with Dad and the money was right, it was closer to home and my boyfriend at the time was going there. They ran a very controlled offense and I never fit in. My outside shot was horrible. At one point I even asked the coach "why did you even recruit me?" They told me they were friends with a Mid-Penn official and the official said if you don't offer Anita, you're crazy. I use that with the girls I coach all the time. You never know who is watching.

Anita Uibel currently serves as the 9th grade basketball coach at Cedar Cliff High School. Throughout the conversation you could tell her attention and focus is solely on helping this next generation reach their goals and dreams.

Other notes and quotes:

"As far as high school.... I only got to come home at Christmas but the few games I got to see she could pretty much score at will."

"She was actually the #1 player on the tennis team too and never took a lesson."

"I remember two things about Anita. Calling her HAPPY FEET and her constantly running behind the ball yelling "trail right." But she was like all of the great ones. She worked really hard."

Mickey Finnegan was the older Finnegan sister that gave Anita someone to look up to and idolize. Sara was the younger Finnegan sister that gave Anita someone to grow, play and laugh with. Sara shared memories that involved gym uniforms, giggles on basketball courts, "tennis" at Lower Allen Park, California vacations, baseball legend Dave Winfield and family weddings. It seemed where Anita was, Sara could also be found.

Anita Uibel now coaches the sport she grew to love and is a valuable part of the Cedar Cliff coaching community.

"Her honest (coaching) style and motivation make the girls at any level strive for success. The girls know she means business, but love every minute of it. She creates an amazing winning and team attitude."

"Anita is a true asset to our program. Her teams are always well prepared and she's basically an extension of our JV/Var coaching staff. Her players come away with a good understanding of the game and a great foundation, fundamentally, for which to improve upon. Her players both respect her and enjoy playing for her."

*Brandt Sr. mentioned that he believes Anita was second only to Carlisle superstar Billy Owens in pts. per game her Sr. year earning her AAA Patriot News Player of the Year. 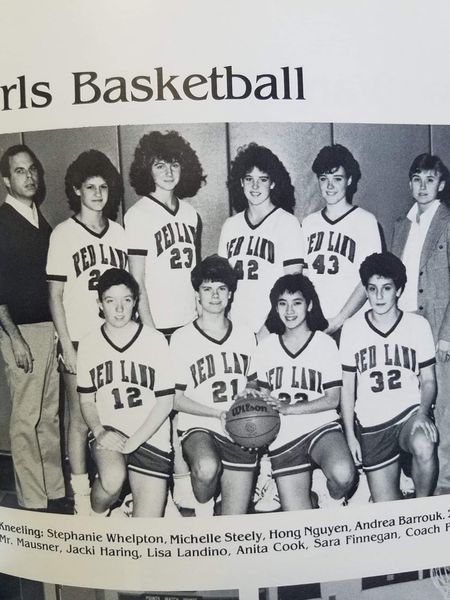 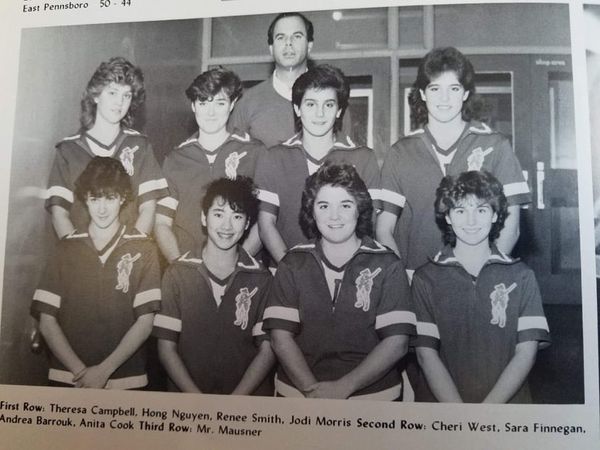 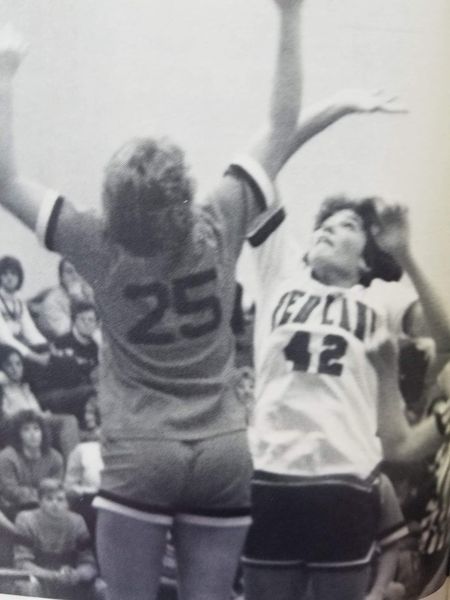